I played at a wedding that was located in a vineyard this weekend. When I contacted the venue and other musicians who had played there, the consensus was that I was going to need amplification. The time had come to finally invest in outdoor weddings.

I have had my harp mic’d (no idea how one would actually spell that) before with varying results. Since I’m not an experienced sound person and I have to set everything up myself, I decided to go with a pickup instead of a mic.

I purchased the Schatten CH-3 Celtic and Pedal Harp Pickup. I liked it because it can be fully removed from the harp easily, and you can put it in both lever or pedal harp. As I hope to have both someday I thought this would be a good choice.

Installation was relatively straightforward. The pickup itself can be mounted inside the soundboard with putty. It’s got a pretty strong hold. I’ve moved the harp a few times with it and it feels solid. I’ve taken the pickup off, too, and there is no damage to the wood. The pickup looks like a little bridge with pivoting feet that straddle the rib the strings run through.

It’s got a third little foot that picks up the treble vibrations and, I think, must add stability. The best placement I found was the between the 5th octave D and E.

The jack can be put on a bracket that clamps onto one of the sound holes. 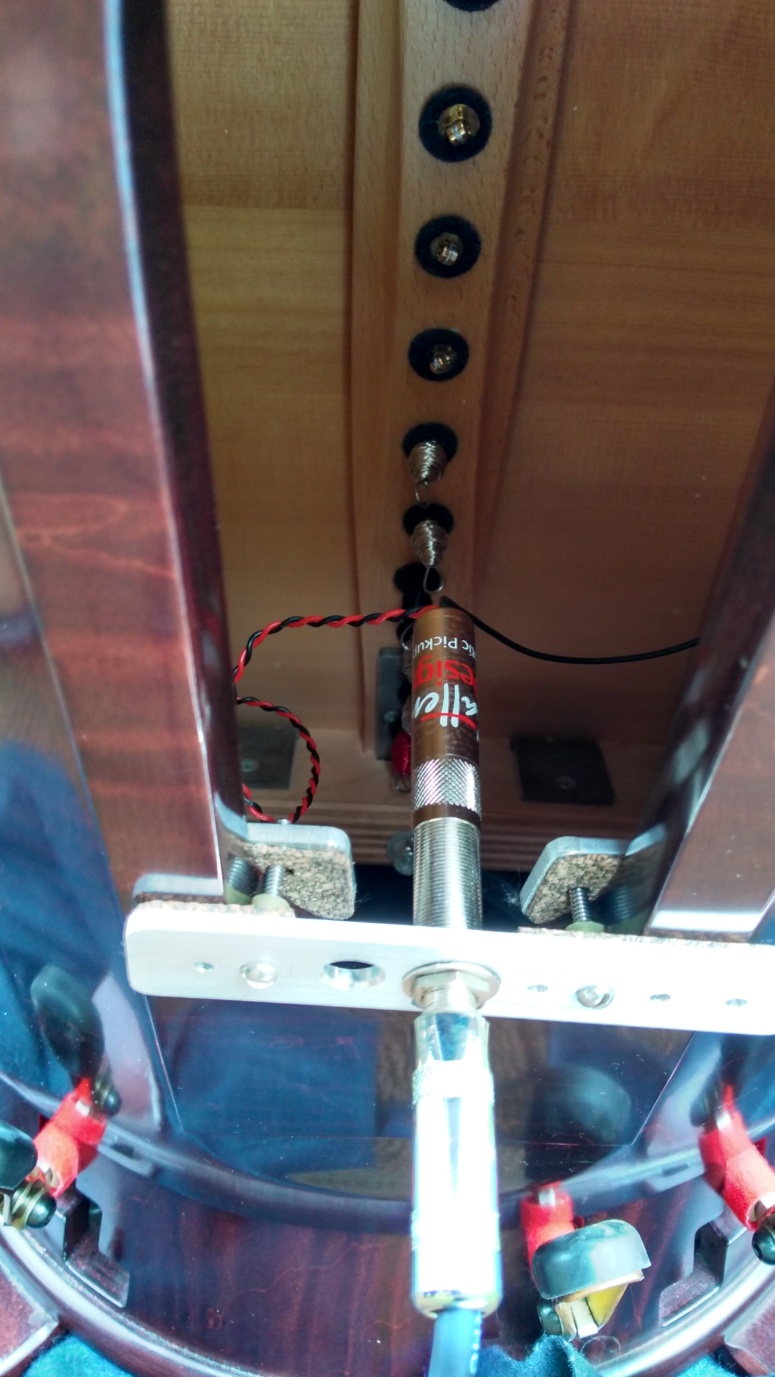 I got a battery powered PA system from Behringer, and a used speaker stand since it can make a huge difference in projection if you get the speaker off the ground. 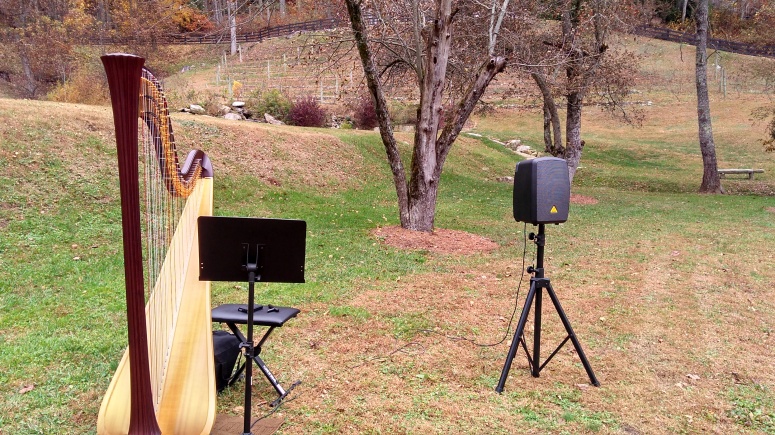